I have the Rainbow Honey January Limited Edition Polishes to show you. Rainbow Honey does a set of limited edition polishes each month. You can buy the each polish separately or you can purchase the limited edition set. This month the set contains both polishes I will show you here, a rollerball perfume, a mini sized scented top coat and a mini sized base coat. The set is $25.00 and each polish on it's own is $10.00. One of these polishes I purchased (Icelandia) and the other (Fallen Snow) was a free gift with the order I placed. Let's get into the polishes! 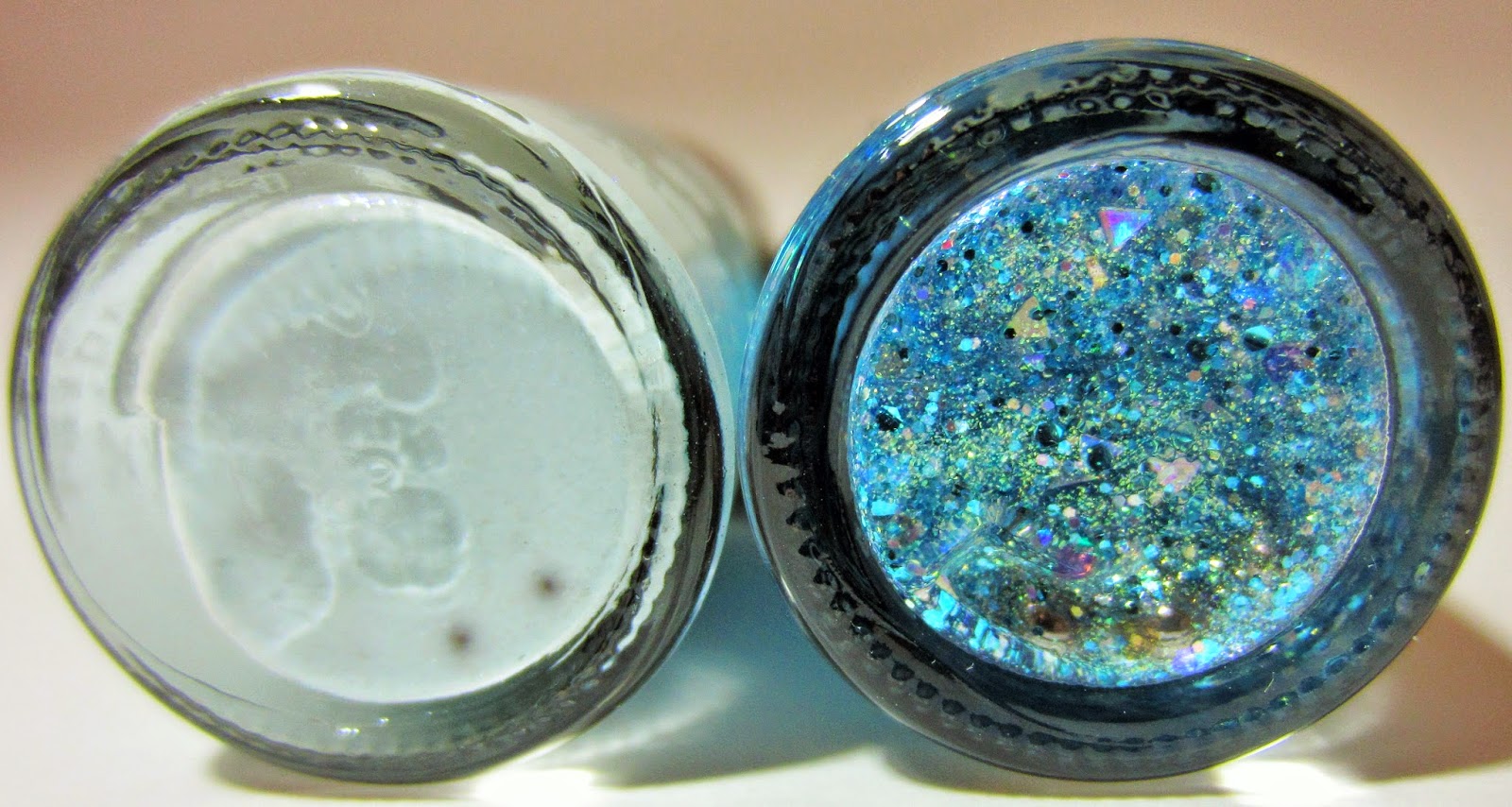 Fallen Snow is a very light blue creme polish with silver and iridescent shimmer in it. The shimmer is very delicate and didn't translate much on to the nail for me. The formula was ok on this one. The first coat was very streaky but the second covered most of them up. I still wasn't totally happy with how it looked, but I knew I was going to put Icelandia over it so I left it at two coats. I also had to be careful with how much polish was on the brush before I applied it. I had to wipe a lot off of the brush to avoid flooding the cuticle. 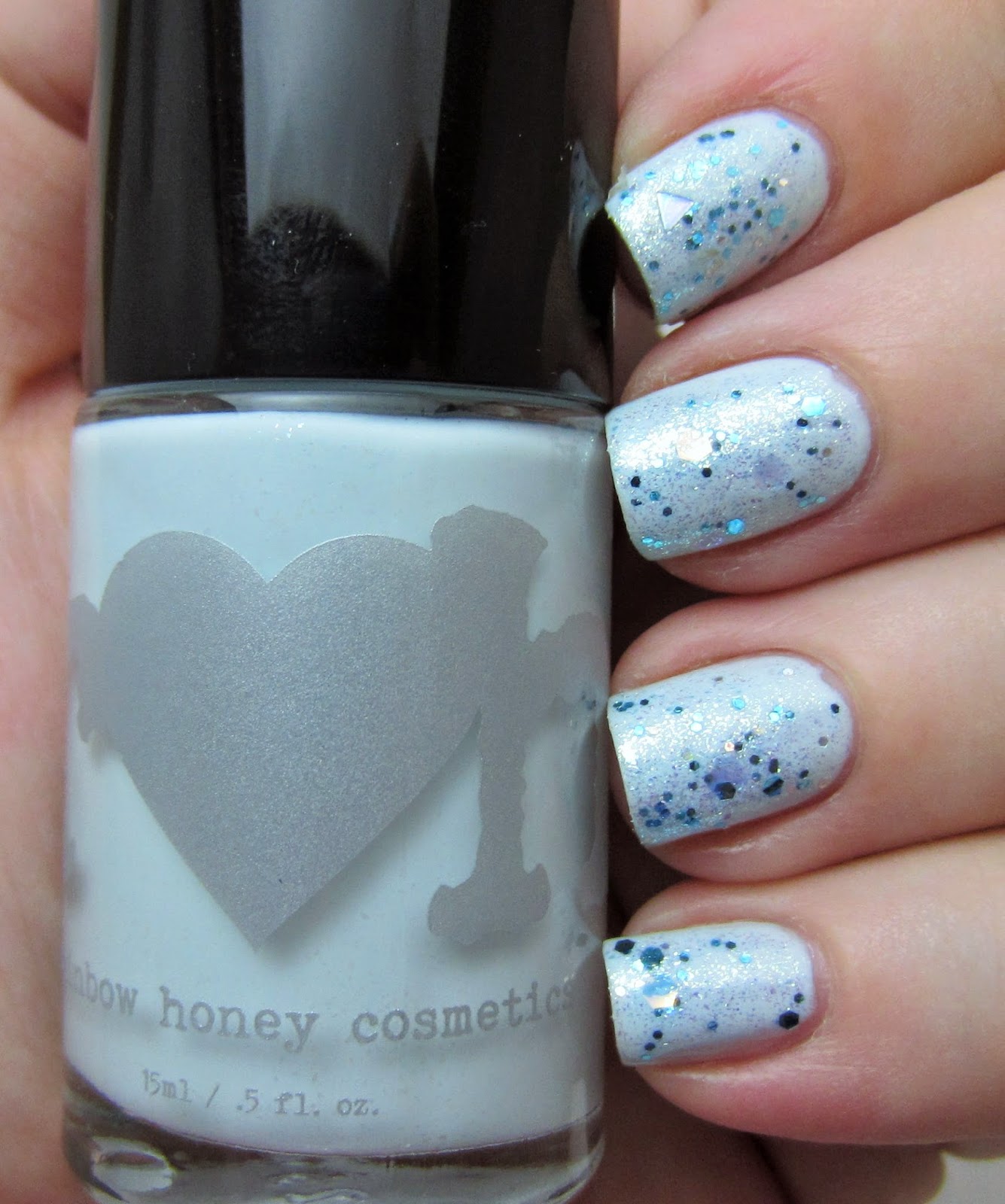 Icelandia is a beautiful clear based glitter topper. This has medium blue small circles, small and medium light blue hex glitter as well as iridescent larger hexes and an iridescent shimmer running through it. It looks fantastic over Fallen Snow. The combination of these polishes is wonderful! Icelandia also covered up the few streaks I still had visible in Fallen Snow. This shows two coats of Fallen Snow with one coat of Icelandia with top coat. 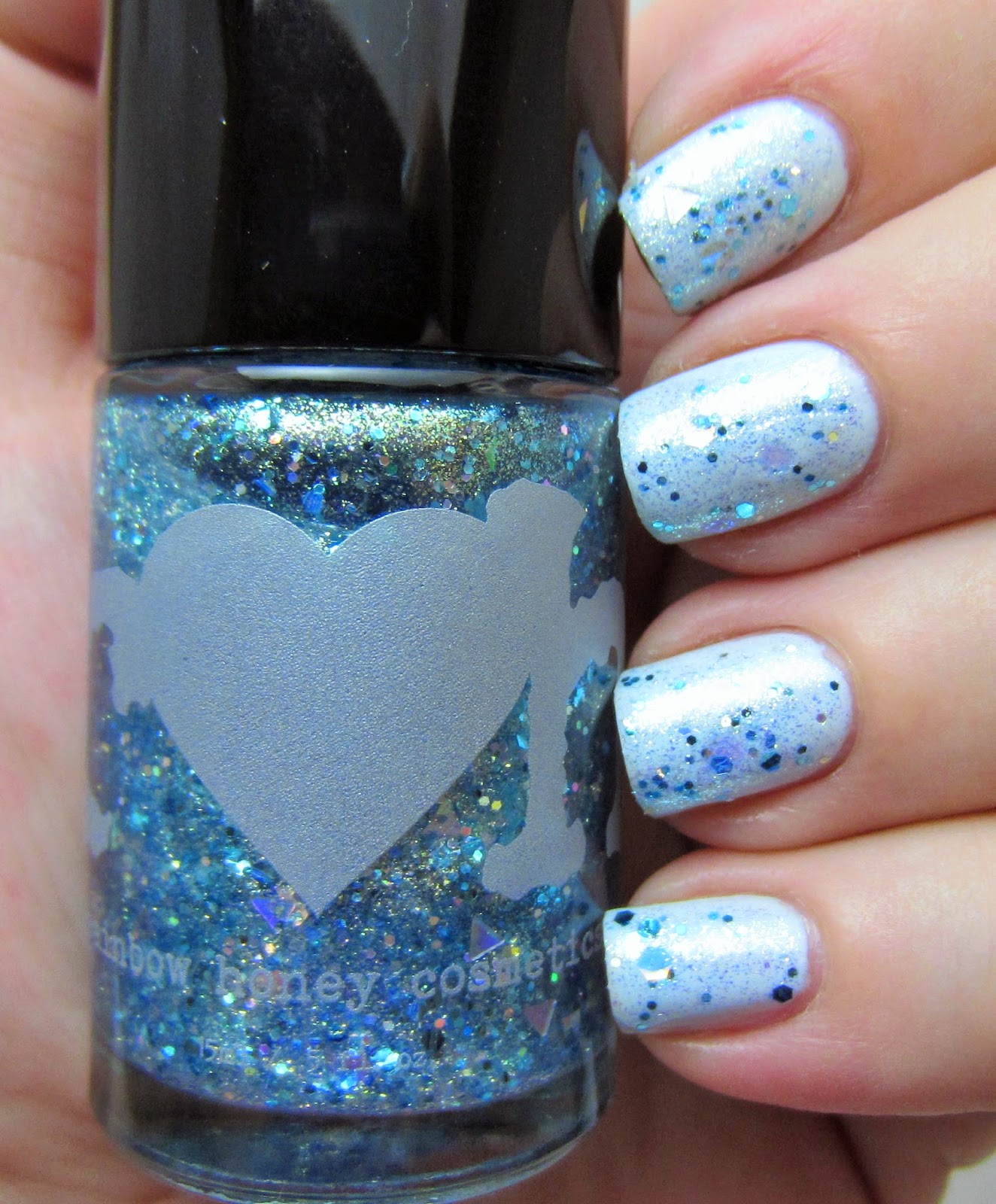 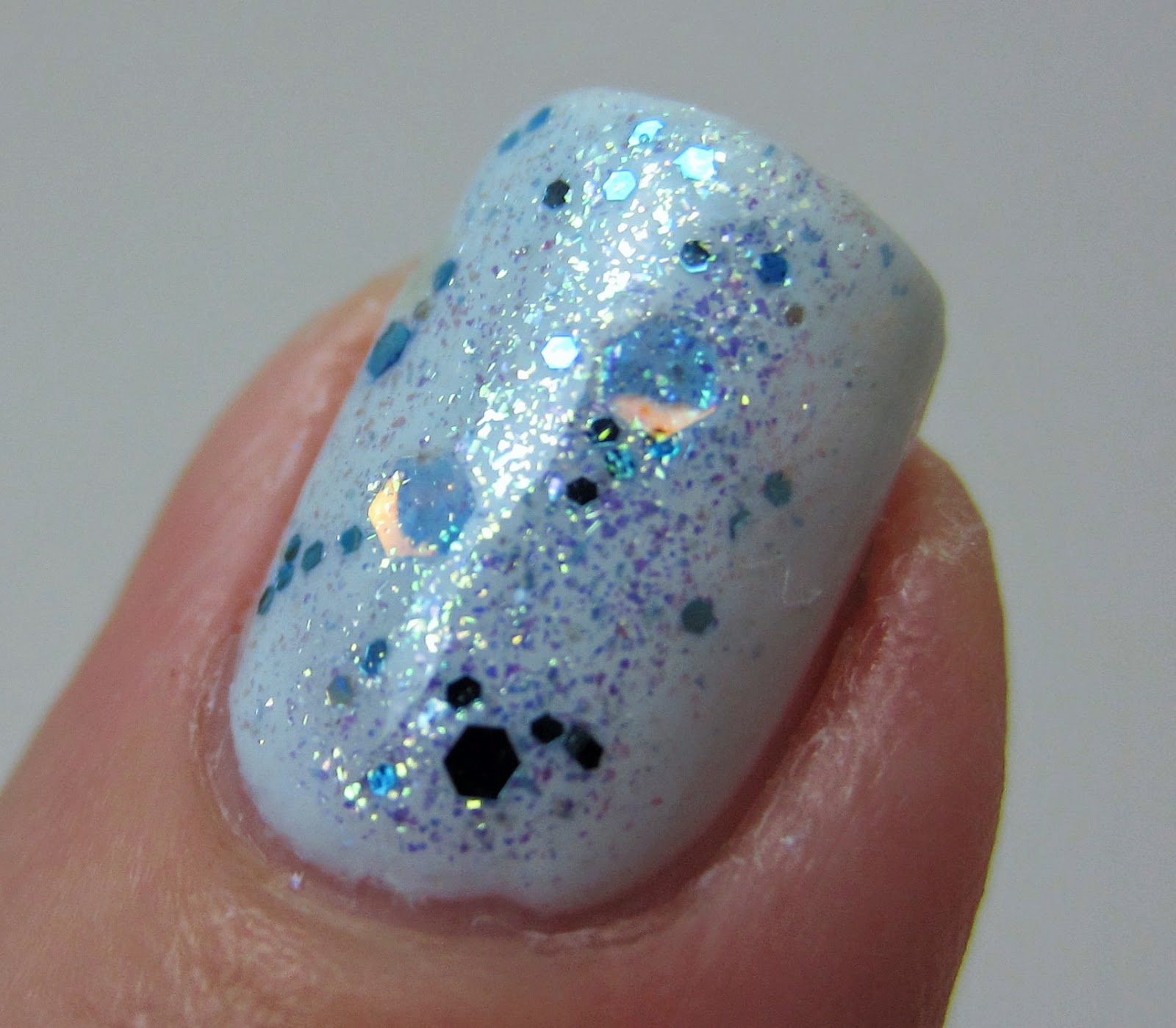 I think this duo is perfect for these winter months. It really reminds me of snow. I have to say that I would not wear Fallen Snow on it's own - but it is the perfect base for Icelandia, so I'm glad I have both. You can check out the January Limited Edition polishes and set here. What do you think of these polishes? I'd love to hear in the comments below!