Every year OPI comes out with a set in September/October for Breast Cancer Awareness. The set for 2014 is called Pink of Hearts. It contains two polishes and a pink glitter nail file. I found this set at TJ Maxx for $7.99, which I thought was a great deal for two OPI polishes. 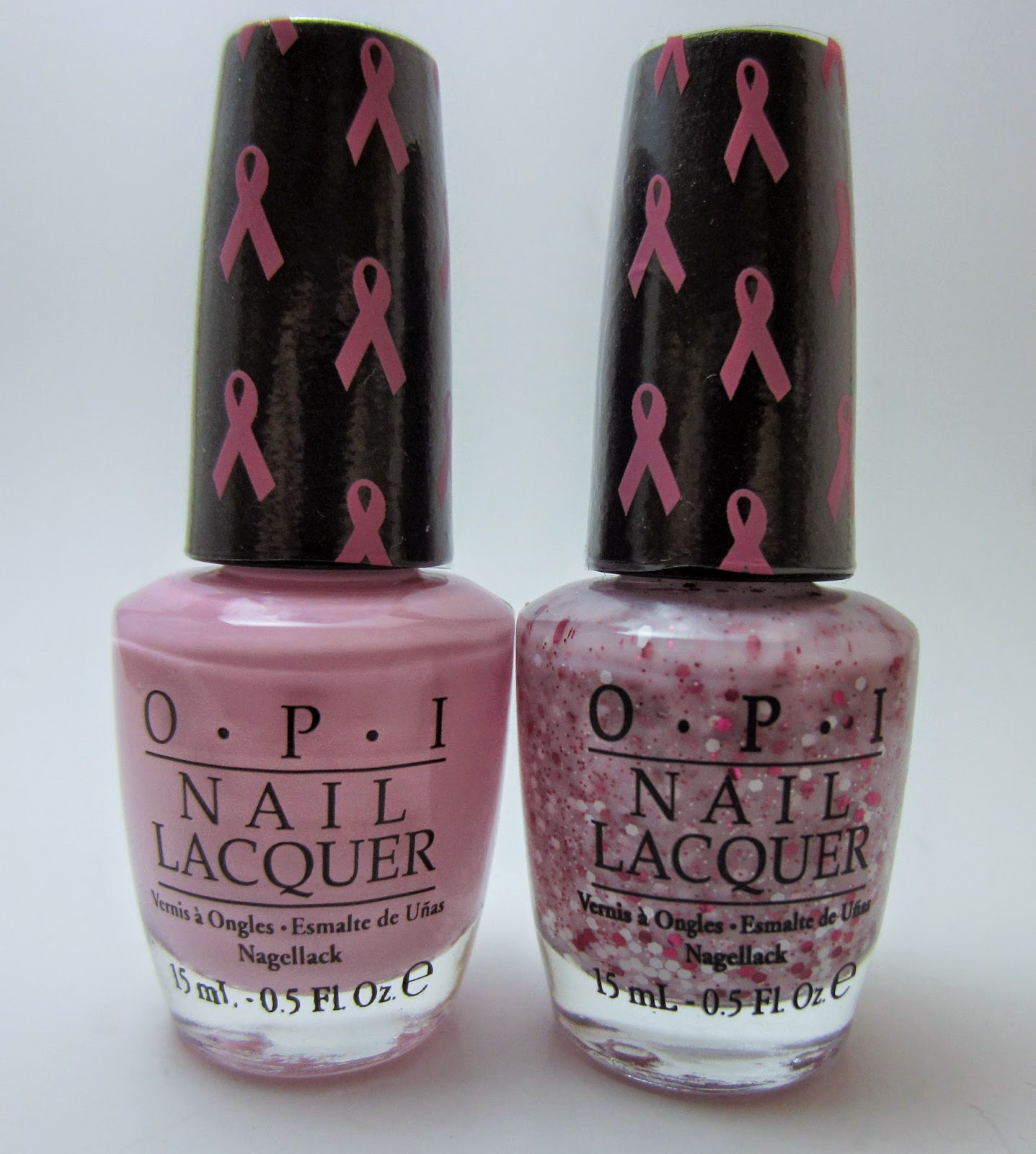 The first polish in the set is Mod About You. This is not a new release. This shade is available online and in stores currently. It is a baby pink creme color. I had some difficulty with the formula of this polish. It was streaky on the first coat. Most of the streaks evened out on the second coat and doing a third coat would've made the polish too thick on my nail. It wasn't my favorite OPI I've worked with. I think if I try it again, I would make the coats of polish thinner so that I could do three coats and see if that evened everything out. Reviews I've seen online of this polish are typically good, so perhaps it was just a user issue - not an issue with the polish. This is two coats of Mod About You on my pointer and pinky finger with one coat of HK Girl. 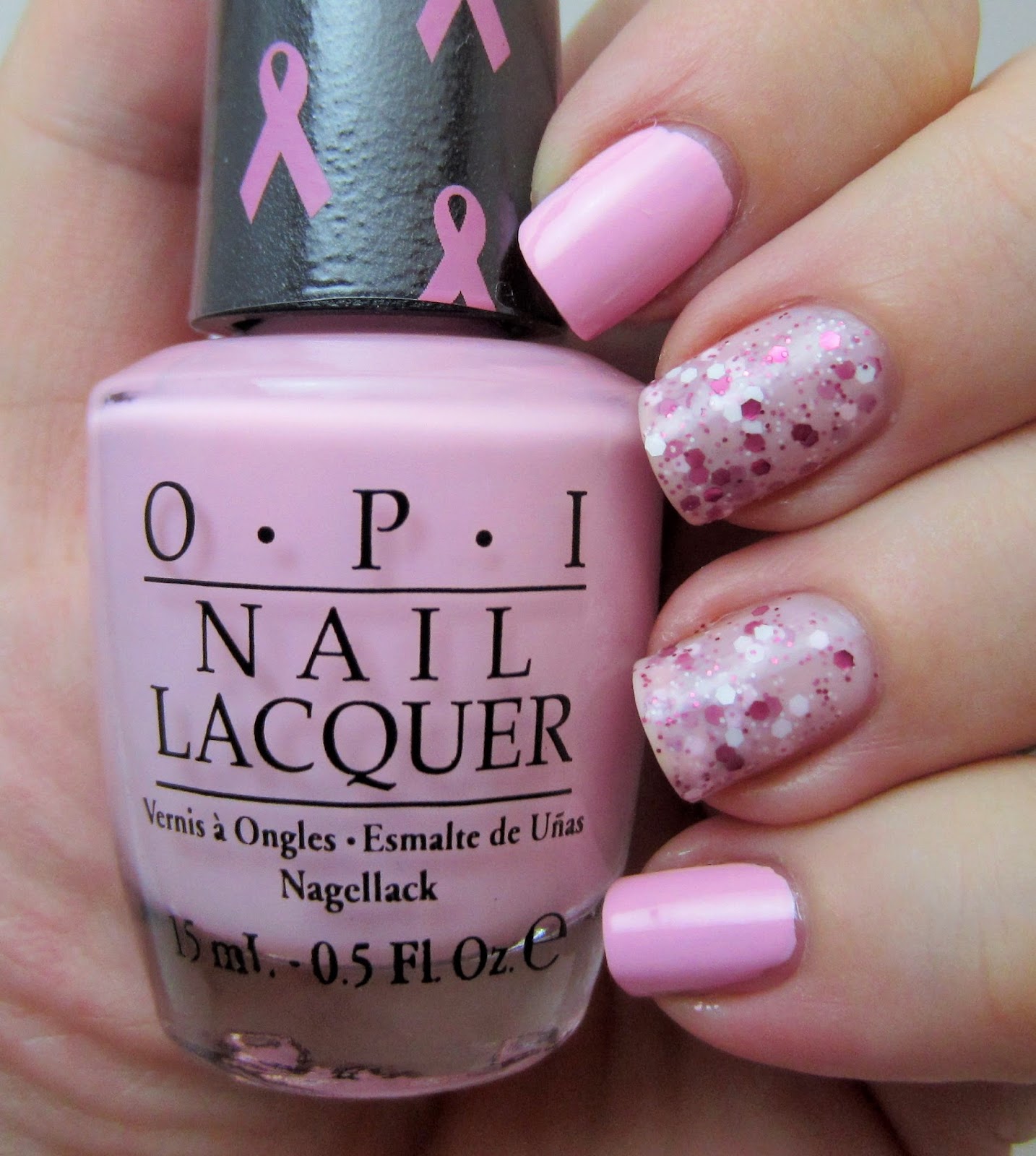 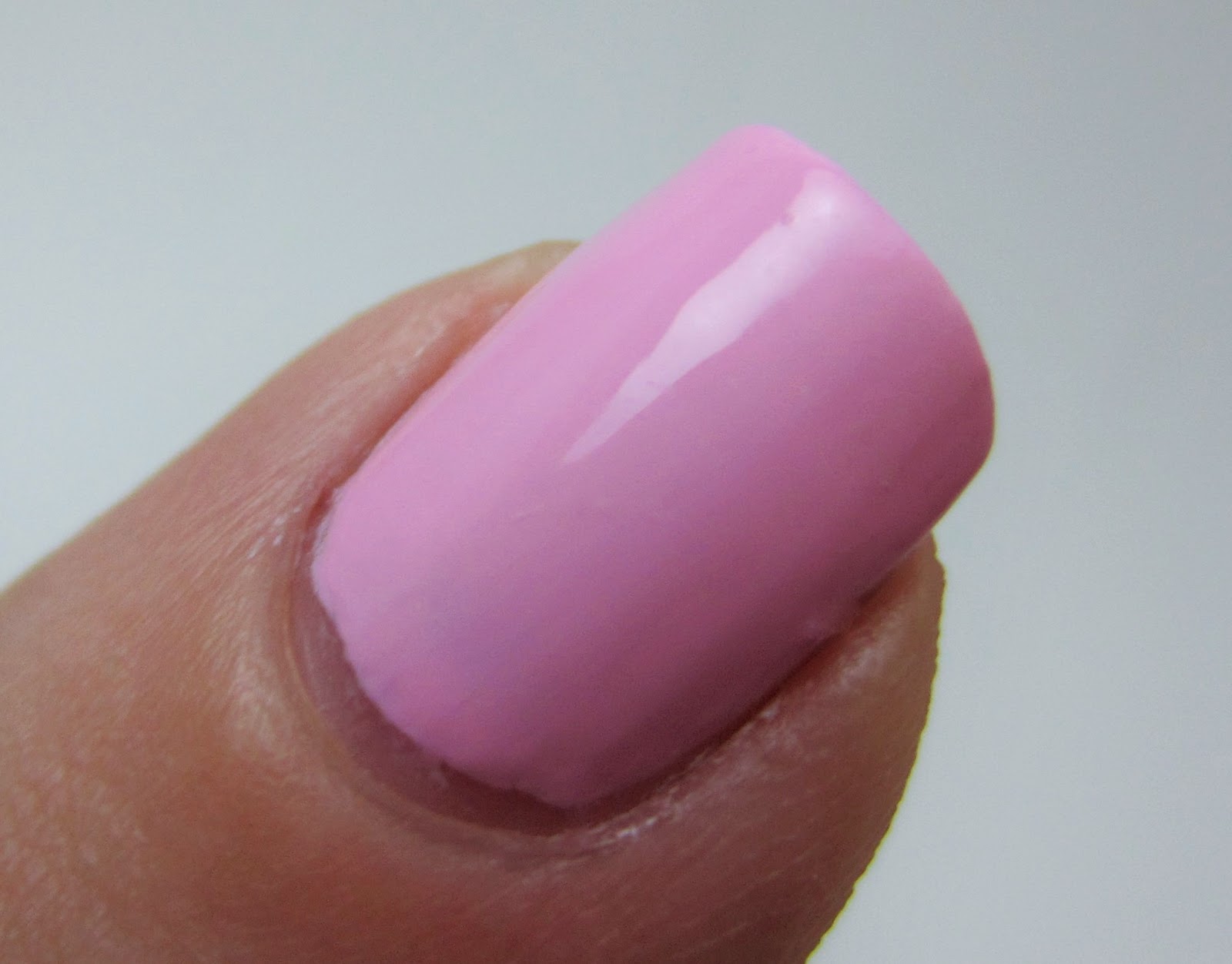 The second polish in this set is The Power of Pink. The Power of Pink is a limited edition shade. It is a pink crelly base with dark pink, light pink and white hex glitter and micro glitter. You can use this shade on its own or over the top of Mod About you. I chose to use it on its own. I really like this one. It has a good formula. The base color is sheer enough that the glitter really shows through, while still having good coverage in three thin coats. You could do two coats of this, but I like the depth I got with three coats. The Power of Pink is on my middle and ring fingers with one coat of HK Girl. 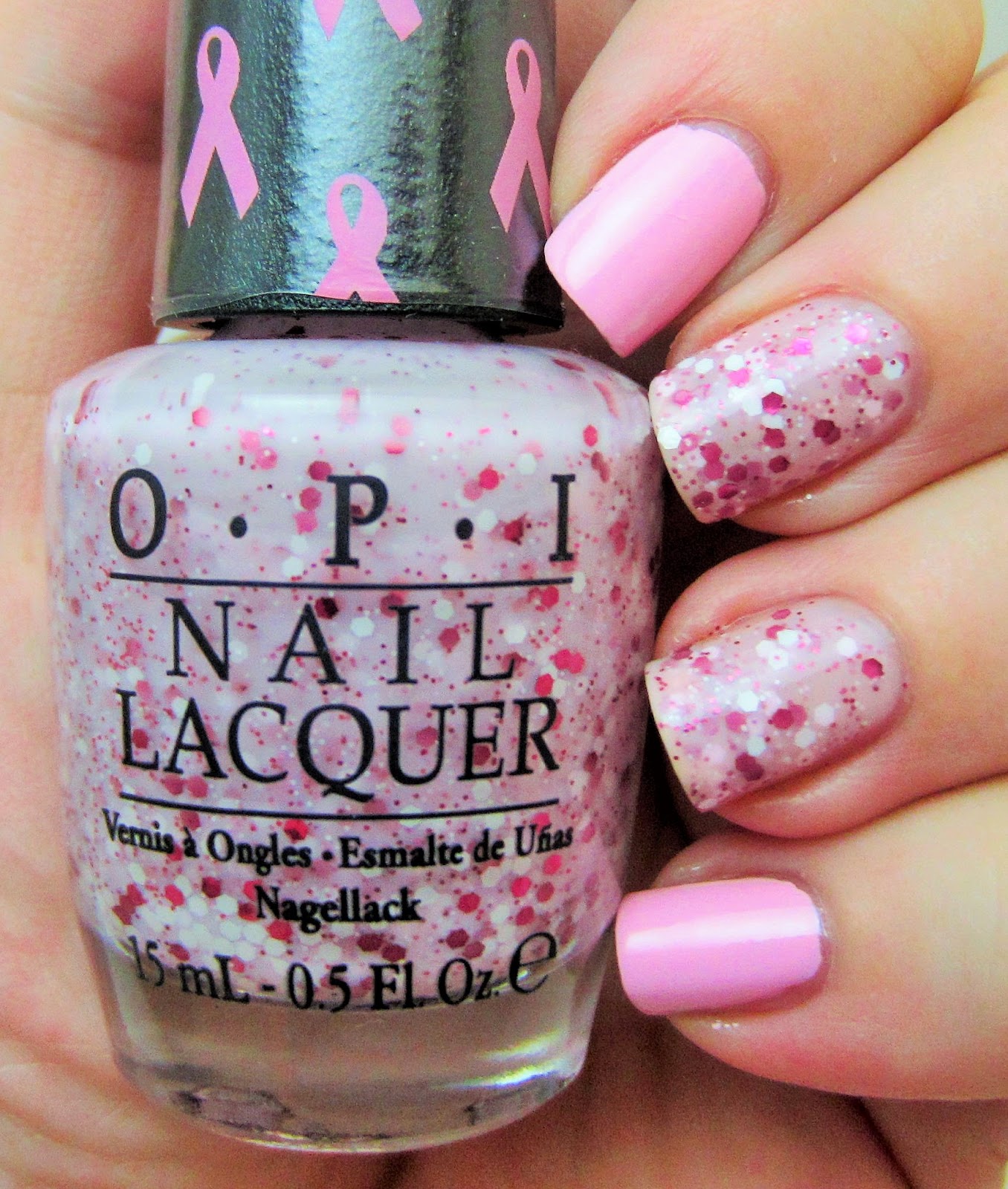 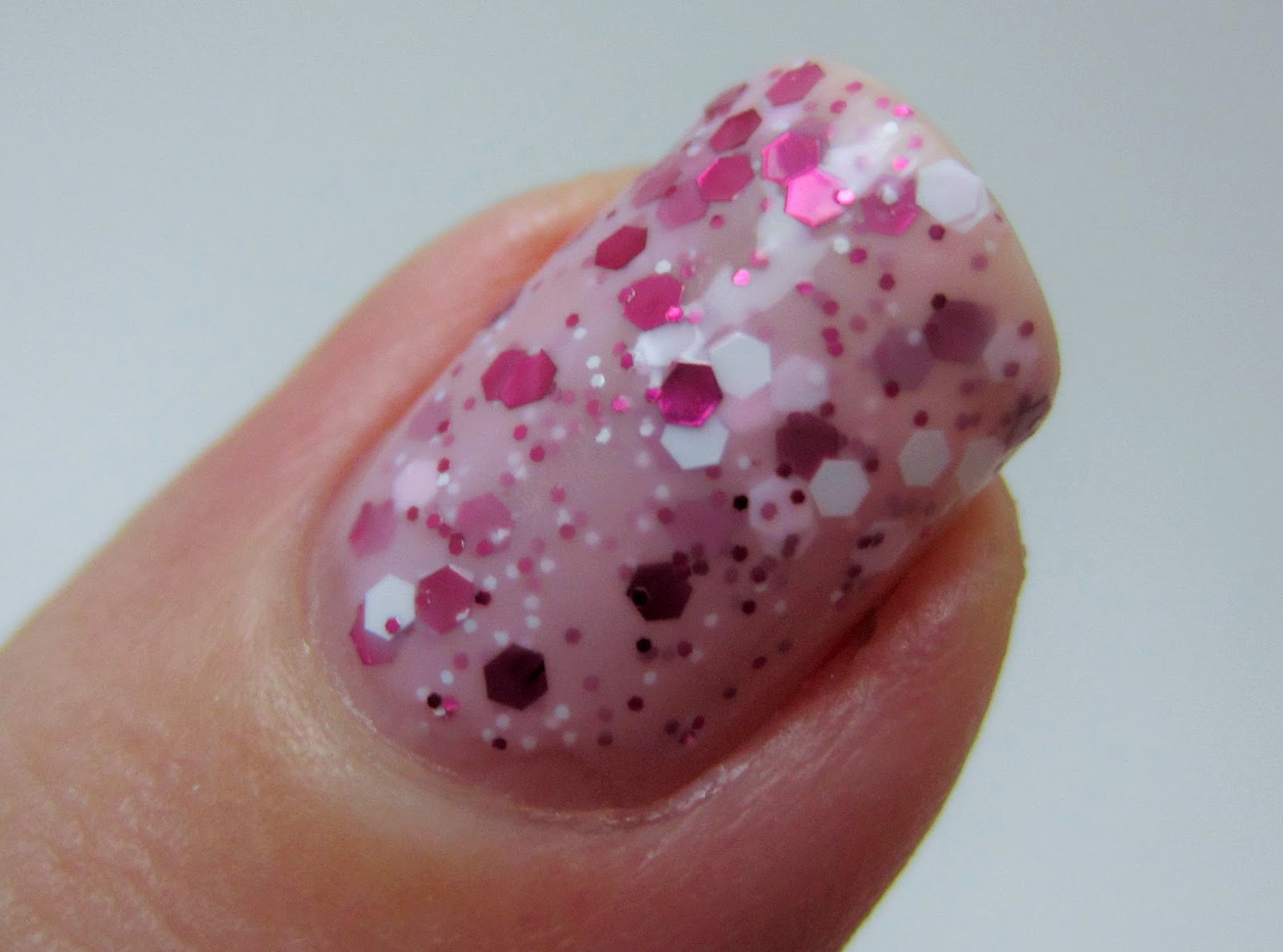 I definitely think this set is worth the $7.99 I paid for it. I really like The Power of Pink and Mod About You is ok. I will have to work with that one and see if I can get it to work better for me. The Pink of Hearts set is available on Amazon, Ebay and don't forget to check stores in your area like TJ Maxx, sometimes they have great nail polish finds there. What do you think of this set? I'd love to hear in the comments below!

Email ThisBlogThis!Share to TwitterShare to FacebookShare to Pinterest
Labels: OPI