Today I have a review of the April 2015 Maven It Girl subscription box from Julep. If you're not sure what Julep Maven is, you can check it out here. This month the It Girl box came with two colored polishes and a base coat. I added on one polish to the box. 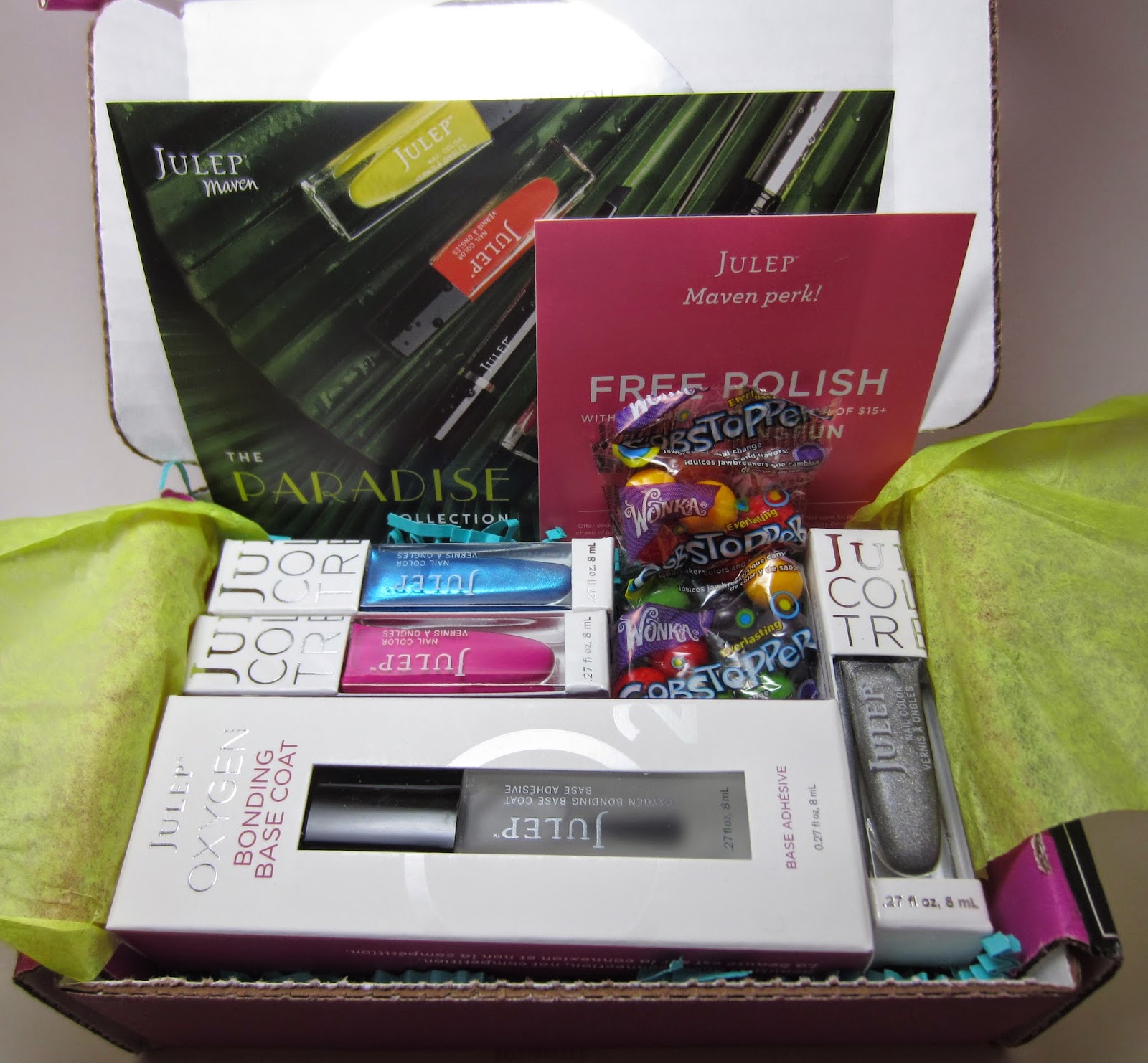 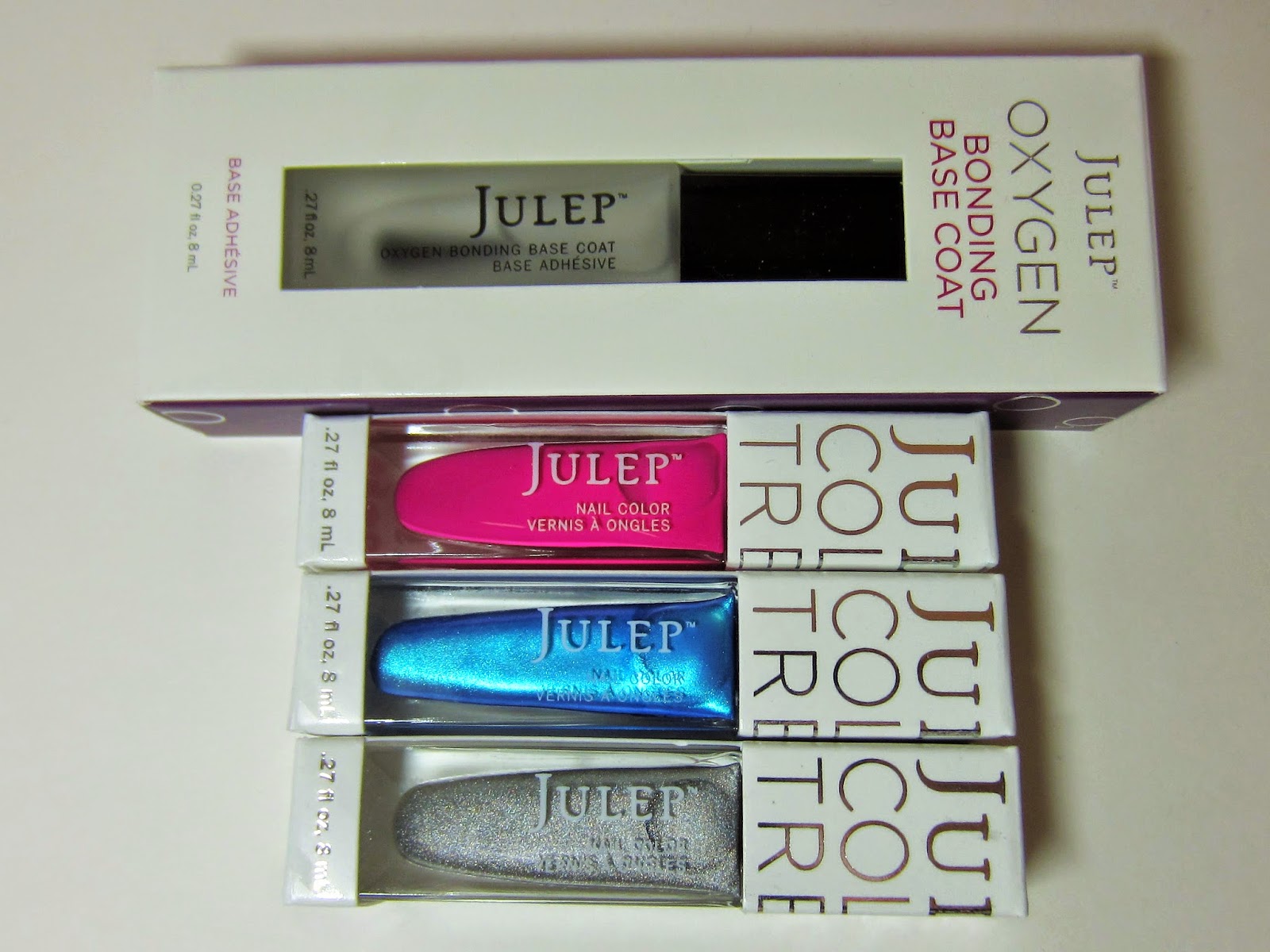 First up is Danielle. Julep describes Danielle as "a cerulean blue duochrome." The first thing I have to say about this polish is that it smelled terrible - just like a skunk. For that fact alone, I will not use this polish again. I did do a swatch of it but this is the only time I will use it. Also, the "duochrome" shows up in the bottle (it shifts from blue to pink) but doesn't show up on the nail at all. Such a disappointment. This is two coats with top coat. 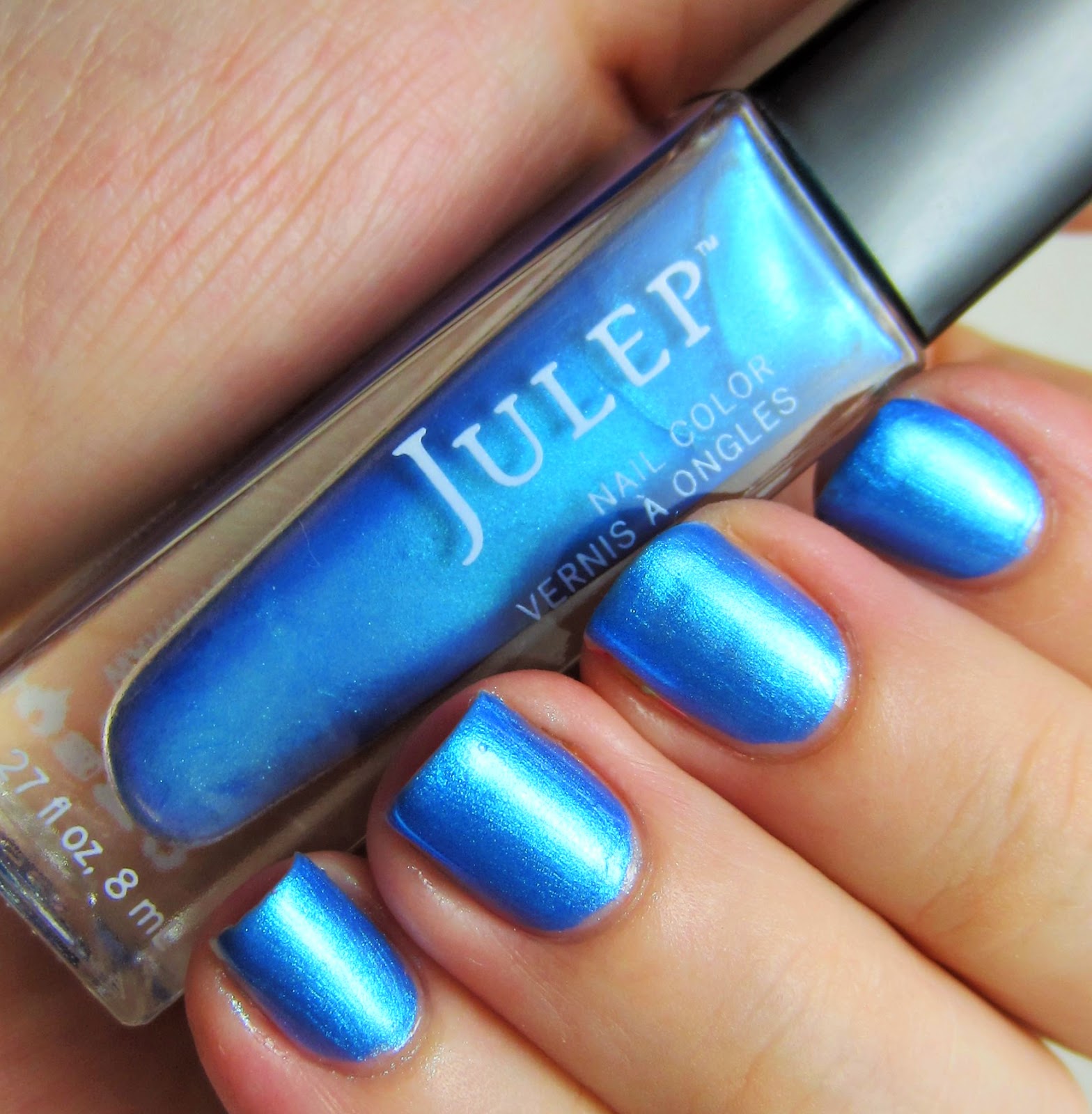 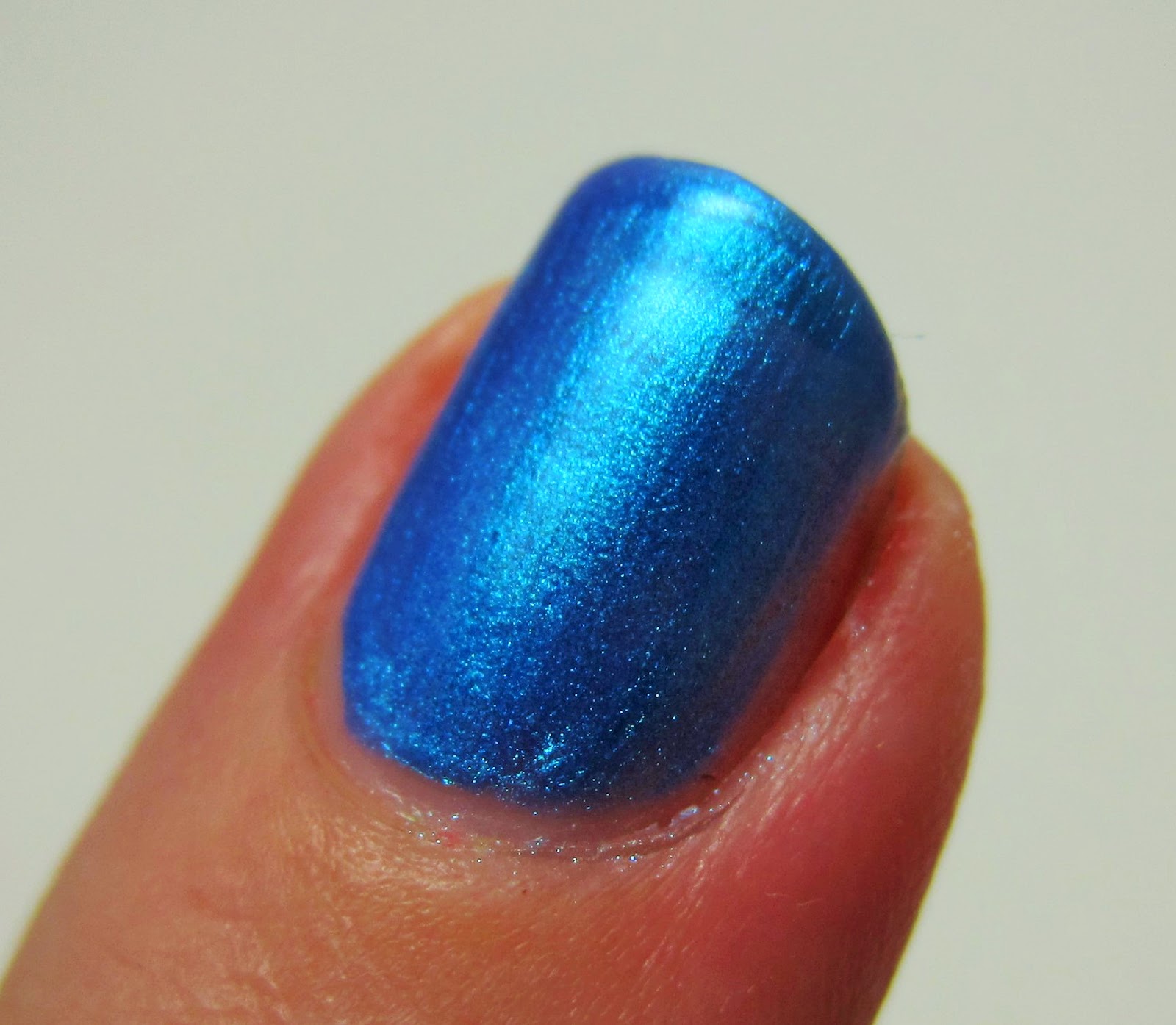 This month the It Girl box came with a base coat which bothered me. Usually the It Girl box is three colored polishes and the nail treatments, base and top coats and other makeup are in the other boxes. I get the it girl expecting polish, not basecoat. That said, I did use it and it was okay. However, it retails for $18.00 ($14.40 if you're a current Maven) for 0.27 oz of product. That is the size of an average sized mini polish. There is no way I would pay that kind of money for a basecoat. 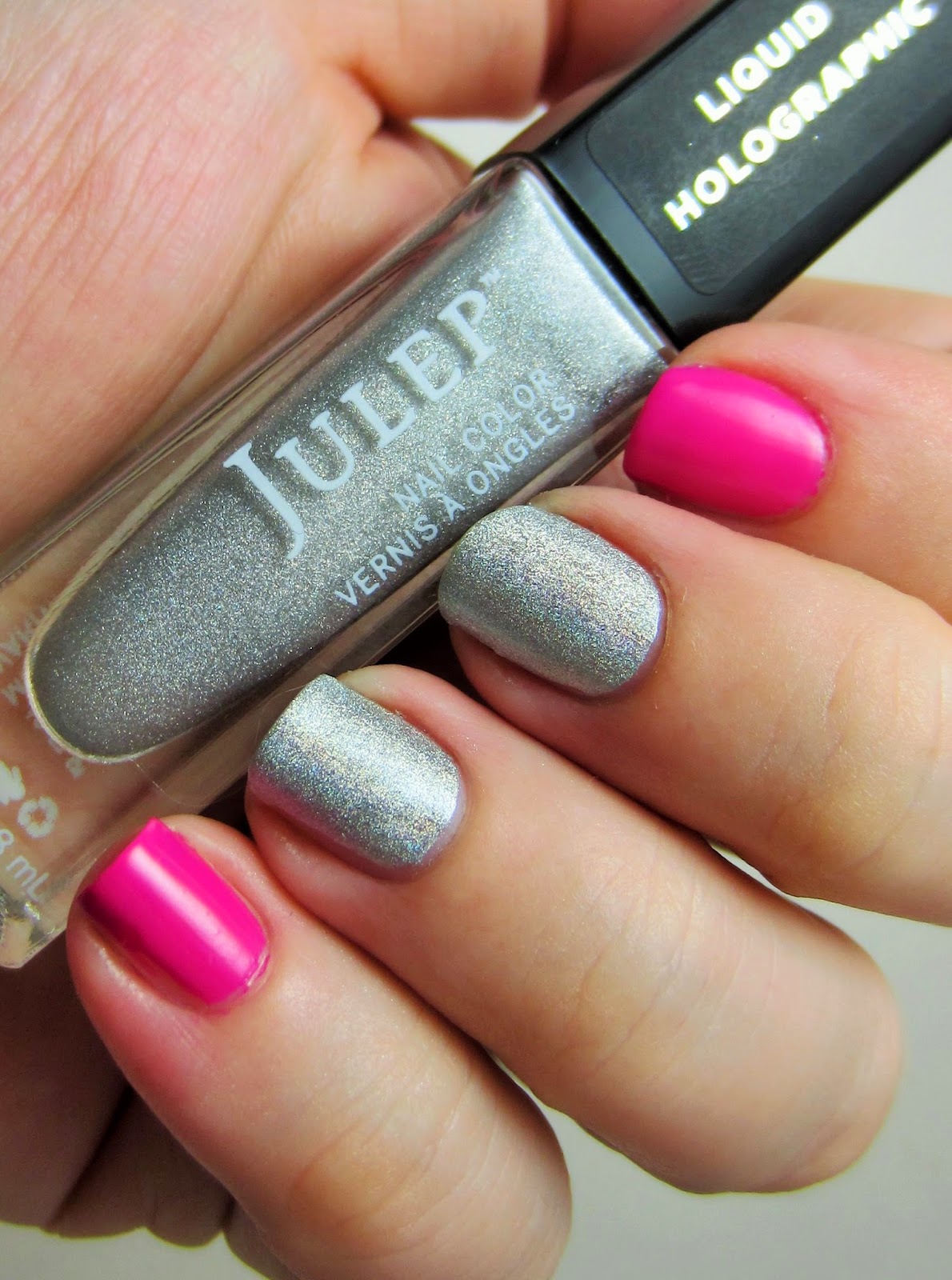 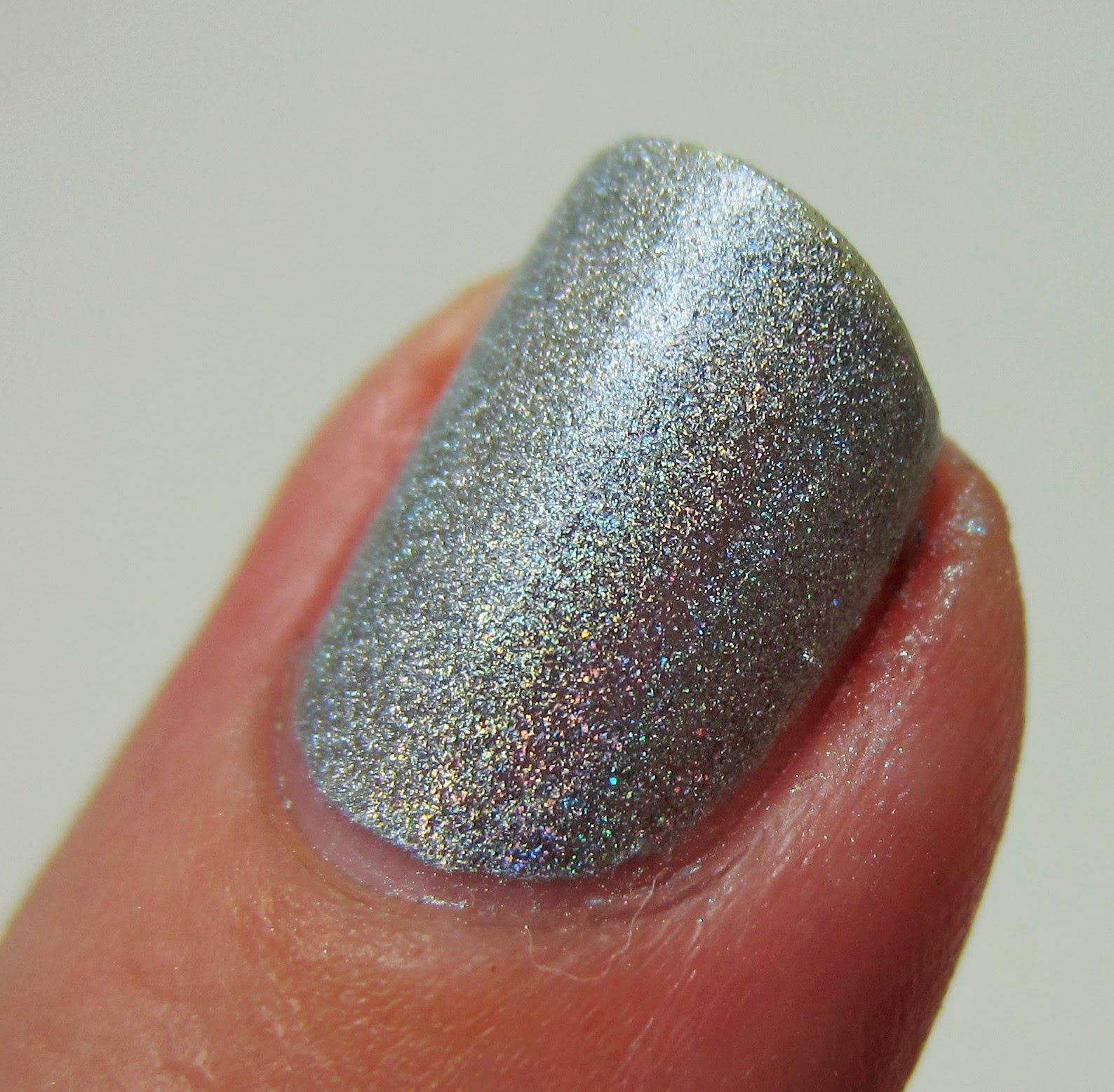 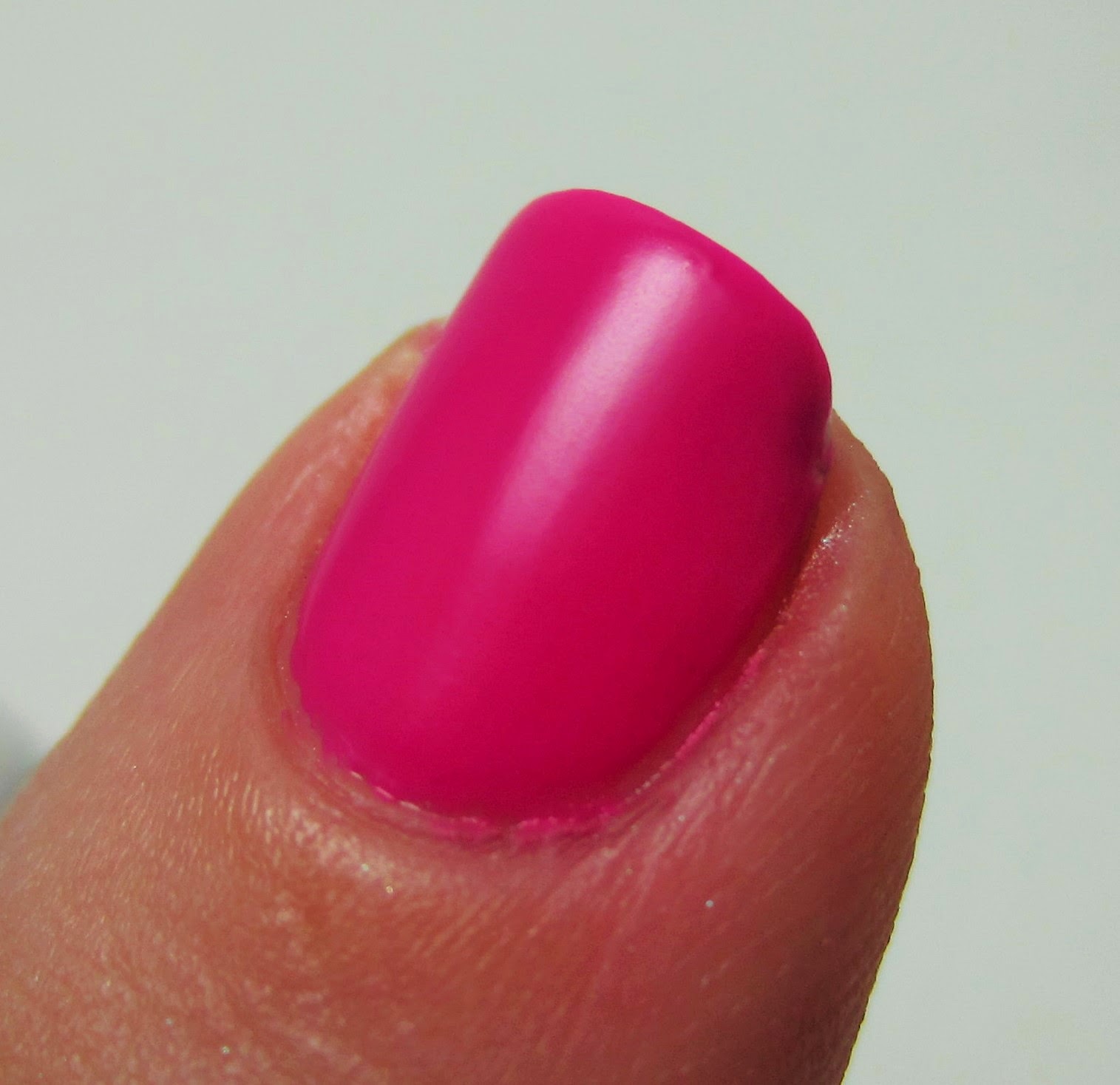 The next polish from the box is Randi, which Julep describes as "a pink plumeria creme." I chose to pair it up with the polish I added on, which is Angie - a silver holographic polish. I did two coats of each. I don't know if it is because of this basecoat or if it is the polish themselves, but they both dried to a fairly matte finish. I did photograph them both with and without topcoat. The set of pictures above do not have topcoat, while the ones below do have topcoat. I thought both of these polishes were okay, but nothing unique. 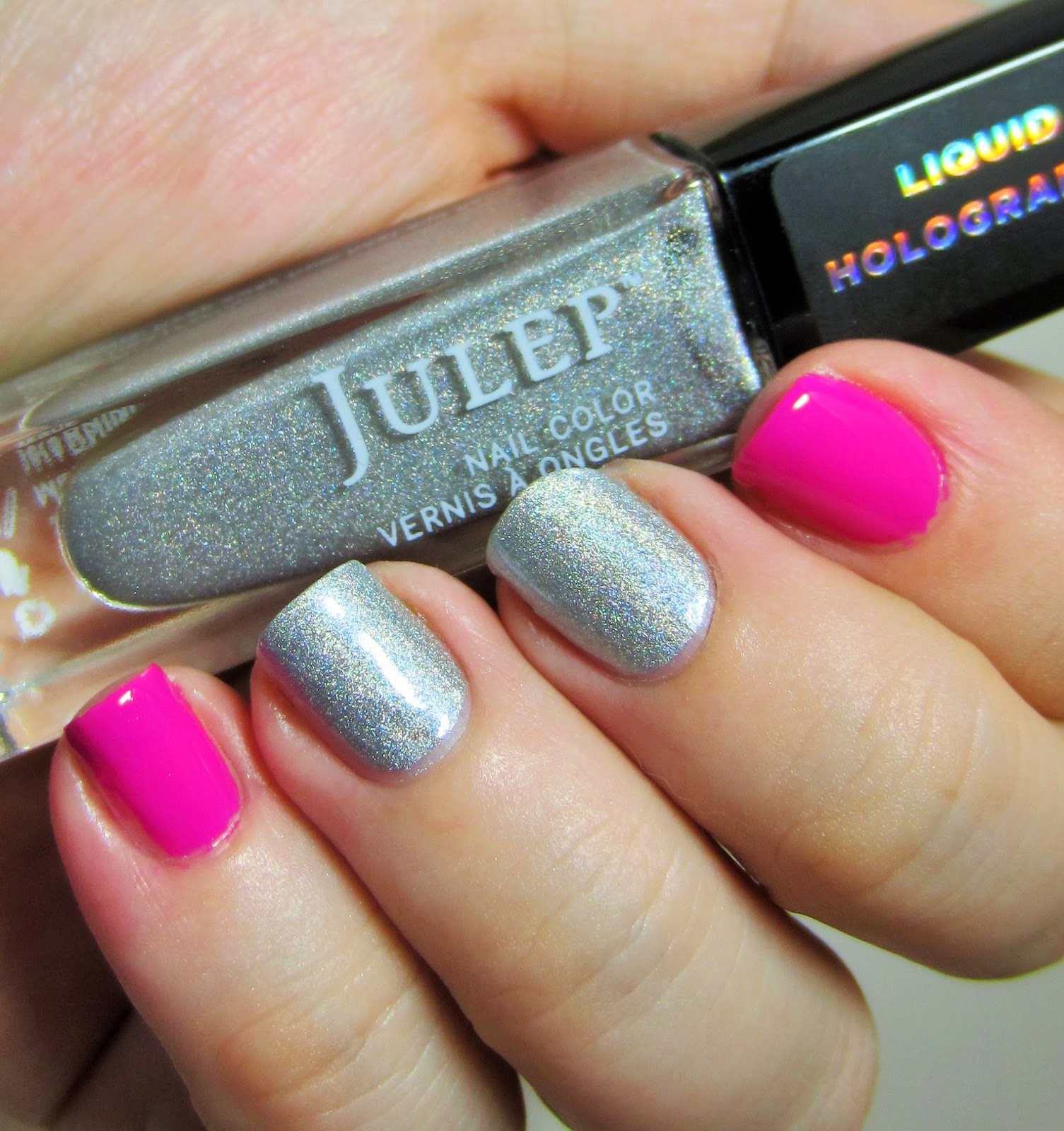 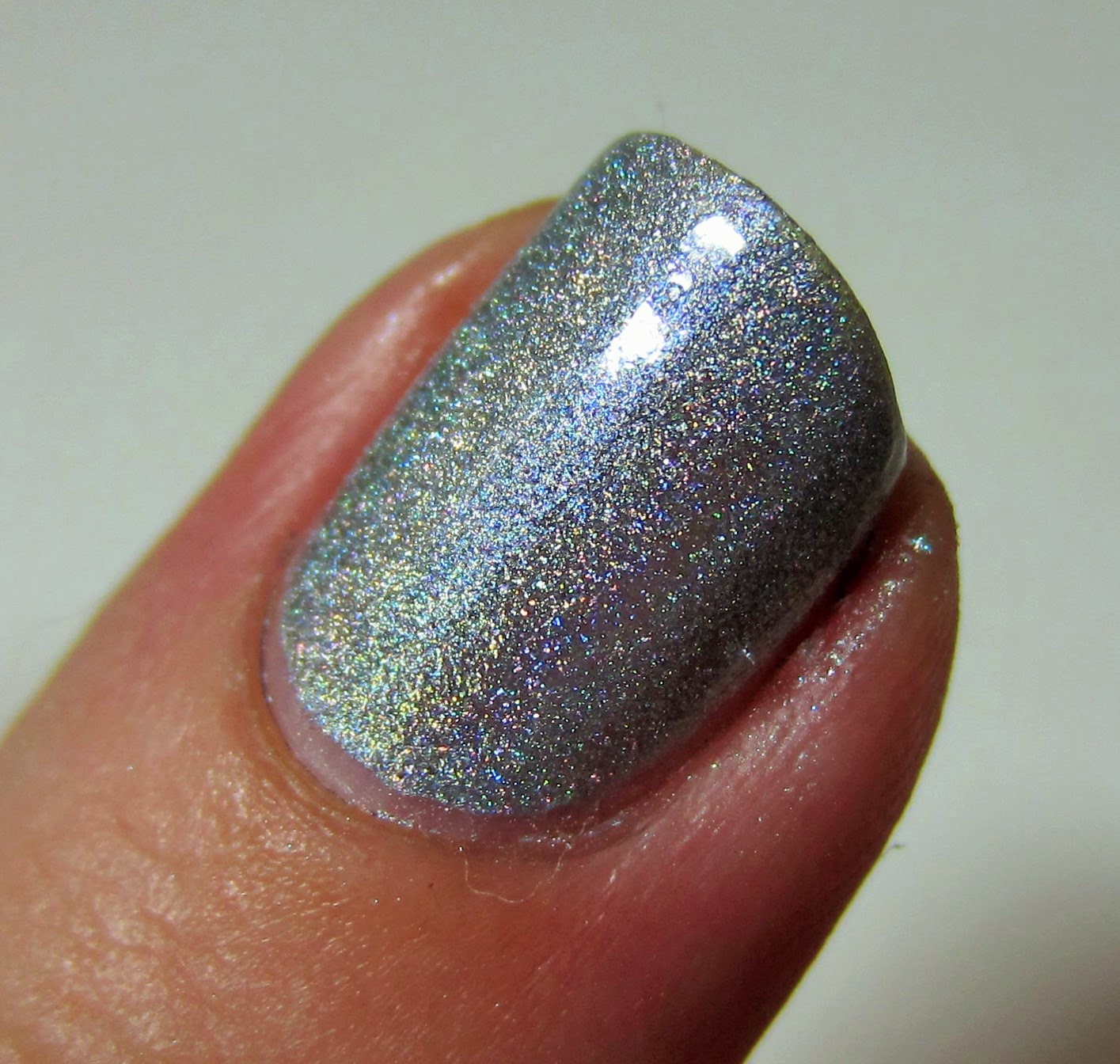 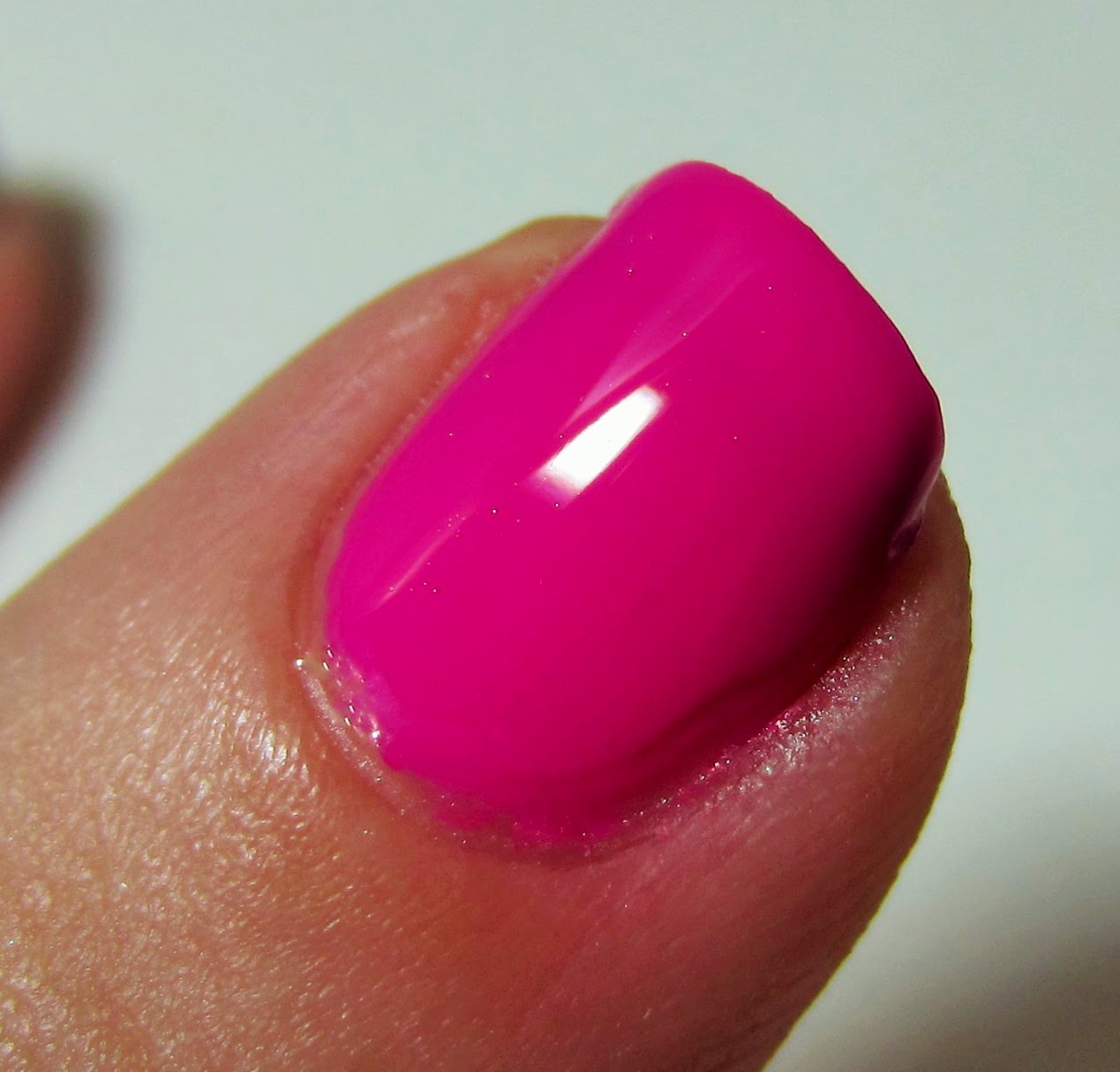 I have to say that this is one of the most disappointing Maven boxes I've ever received. The one highlight of the box is Angie, the polish I added on. It is a nice holo polish, which I think I could get a lot of use out of as an accent color. I'm sorry to post so many negative things (I try to be pretty positive when I post), but I wanted to be honest about what I thought. I would love to hear what you think of these polishes. Also, if you got a Maven box this month, which one did you get and what did you think of it? Let me know in the comments below!
Posted by Unknown at 10:30 AM

Email ThisBlogThis!Share to TwitterShare to FacebookShare to Pinterest
Labels: It Girl, Julep, Subscription